My students attend the same school that Chicago Police Captain Jon Burge graduated from, which is very near the station where he and his officers tortured confessions out of scores of suspects. We learned about Burge from readings, as well as from Mark Clements, a man convicted on a tortured confession and released after 23 years in prison. He went on trial for perjury in 2010, the only retribution he has received for his crimes, and my students created patches to be sewn on to prison-style jumpsuits which could be worn by the activists of the organization Tamms Year Ten, in rallies to raise awareness of Burge's crimes against residents of South Chicago. 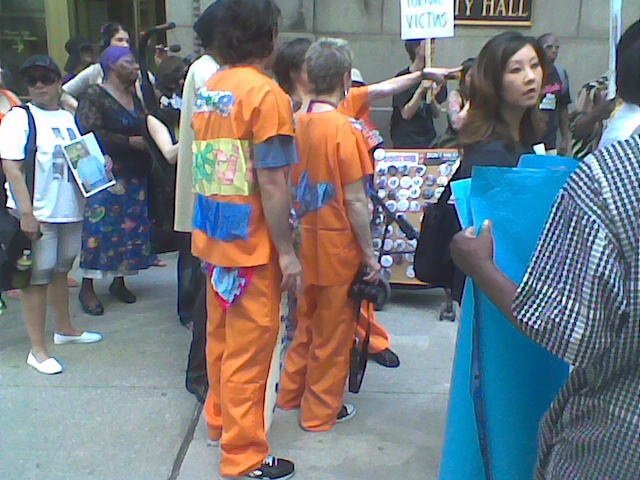